Why Is Keeping Your Dryer Free of Lint So Important?

Posted on January 5, 2016 by Appliance Doctor 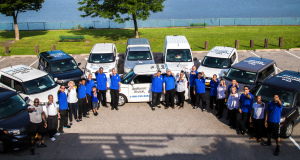 Why Is Keeping Your Dryer Free of Lint So Important?

Removing the lint from your dryer is one of those jobs that seems slightly tedious. Many homeowners make the mistake of thinking that something as small and insignificant as lint could never cause a major problem, but lint build-ups in dryers cause thousands of fires across the country each year, resulting in significant property damage, injuries, and sometimes even death.

The Appliance Doctor knows all about the importance of removing lint from your dryer, so they’re more than willing to get you up to speed. Your lint trap is designed to create an easy way to remove lint from your dryer, but it can become clogged over time. When this occurs, the airflow through your dryer is reduced. This is a problem for three important reasons.

Turn to the Appliance Doctor for Dryer Repair

Firstly, that airflow is what draws the steam out of your wet clothes. If this did not happen, the air in the dryer would be saturated with water vapor and your clothes would never actually dry. Secondly, the airflow coming out of the exhaust affects the heater coil and tumbler. Restricting it means that the dryer can become too hot, which could lead to the clothes inside burning.

The best precaution is to empty the lint trap after each and every load. You should also vacuum behind the machine every couple of months to make sure nothing can collect there. It’s even smarter to call The Appliance Doctor annually so you can have them check the insides of the dryer and completely remove any lint that has escaped the trap.