Move to Safety Move a Refrigerator 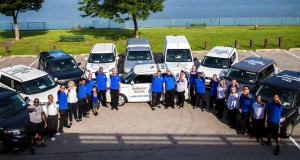 Move to Safety Move a Refrigerator

If you are in need of refrigerator repair in New York City, you might just need to move the appliance from its current location. If so, there are a few safety precautions that should be taken into account. After all, a refrigerator is both heavy and expensive, so having an accident is certainly something to be avoided. Just follow this guide to do it right.

Is there only one of you? Yes? Then start by getting another person. Refrigerators aren’t just heavy, they’re oddly shaped for one person to carry. Never move a refrigerator without at least two strong people. Now you’ll need to unplug the refrigerator. It might sound like an obvious step, but it’s something that’s easy to forget; if it’s connected up behind the wall, edge it slowly forwards after emptying.

If you can get at the plug easily enough, emptying the refrigerator is your first step.  For starters, all the bits of food and drink can really add up in weight, but, more importantly, they can shift while you’re moving the fridge. If that occurs, you could find yourself quickly and hazardously off-balance. If you don’t have another fridge for perishables, try asking a neighbour if you can use theirs.

Next, tape the doors of the fridge shut so they won’t swing open when you’re carrying it around. You can also remove any shelves that might shift. Now, move slowly and carefully, with one person on either side of the appliance. Exercise particular caution if you need to tip it on its side to move through a certain area; a refrigerator can easily fall onto you, potentially causing serious injury.