This month, the Appliance Doctor is honoring Mr. Francis Mcloughlin, Resident Manager of the Armory located at 529 W 42nd for his hard work and dedication to his job. Francis’ career began shortly after he graduated from high school and was hired at the Brevoort building in Greenwich Village, while studying at John Jay College of Criminal Justice as well as the Thomas Shortman Training Center. Shortly after, he was hired as a handyman, and in 2003 became the newest Resident Manager of the Armory, where he has been ever since.

Francis is a native New Yorker and is well known for his involvement in numerous organizations throughout the city such as the Manhattan Resident Managers club, the Knights of Columbus (the world’s largest Catholic fraternal organization), the Ancient Order of Hibernians (an Irish-Catholic fraternal organization), and the New York Building’s Managers. He has been recognized for many achievements within these clubs, a few being the 2013 Our Lady of Blessed Sacrament’s Rosary Society Award for contributions to the parish, and the 2014 Manhattan Resident Manager of the year.

In his spare time, Francis enjoys playing golf, collecting sports memorabilia, tending to his 400 gallon salt-water fish tank, and spending time with his six nieces and nephews and four godchildren. He also enjoys traveling and has even visited Ireland a record breaking 43 times in his life! On top of all of this, he has been running fundraising events since 2011 for the Brooklyn Cyclone’s minor league baseball team where he helps to raise money for various charities throughout the city. It is hard to believe that this remarkable man ever has a day off!

It is no wonder why our family here at the Appliance Doctor has chosen Francis as our Resident Manager of the month. This man is remarkable for all that he does not only within his industry, but within his community as well. He is a trailblazer paving the way for all those who follow, and we thank him for his dedication, perseverance, and nobility. Way to go Francis! 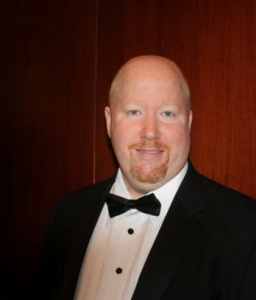