What is the Most Common Type of Refrigeration System?

Posted on December 27, 2022 by Appliance Doctor 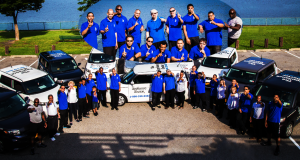 There are many different types of refrigeration systems, but the most common is the absorption system. This system uses a refrigerant to absorb heat from the air, which is then transferred to a cooling fluid. The cooled fluid then circulates through a heat exchanger, where it transfers its heat to the air. The cooled air is then circulated back into the room, and the cycle repeats itself. Absorption refrigeration systems are very efficient and can cool large areas quickly. However, they are also expensive to install and require regular maintenance. As a result, they are typically only used in commercial or industrial applications.

(Ice). The system would then release this heat when the water is in its liquid phase (water). By carefully controlling the phase change of the material, a phase-change refrigeration system can provide efficient cooling for a variety of applications.

When it comes to keeping your food cold, don’t take any chances—make sure you have the right equipment for the job. Regardless of the refrigeration system you select, always seek professional advice. And if you reside in New York City, a specialist in refrigerator repair in the Bronx can help you and offer the best guidance.