Small Appliances Need to be Repaired, Too 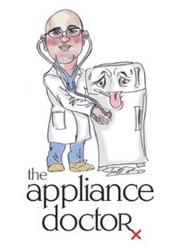 People often call a repairman for major appliances in their home, yet when it comes to the smaller appliances, they don’t think about getting them repaired. Instead, they usually throw them away. What you might not realize is that you could be saving a lot of money by getting those small appliances repaired as opposed to replacing them.

This can also help you keep older appliances running smoothly and save that appliance that you have sentimental feelings about because it’s been handed down from one family member to another.

For some reason, a lot of people have the idea that smaller appliances should just be thrown out and replaced at the first sign of something going wrong. A lot of it reflects the way society thinks these days. There was a time when small appliances were repaired as opposed to being replaced and, in some areas, that tradition continues.

If you live in the New York area, you just might be lucky enough to find a quality repair technician that specializes in small appliances. At the very least, you can find someone that knows whether or not it’s worth repairing your small appliance or if you really should replace it.

You Can Save Money with Small Appliance Repair

If you’re on a budget, it might help a lot if you get your small appliances repaired instead of replacing them. Frequently, it costs less money to simply have the problem fixed than it does to buy a new replacement every time.

This is especially true if you invested a decent amount of money on that particular appliance to begin with. When it comes to microwaves and coffee makers, along with several other small appliances, you can often spend as much as you would like to spend on the initial purchase.

That makes it even more important to have that appliance repaired instead of having to spend that same amount of money again. Obviously, you will have to decide for yourself whether or not it’s worth calling someone, but you might be doing your bank account a big favor if you would choose repair over replacement.

If you’re in the market for appliance repair in White Plains, it might be because you’ve had something that was handed down through your family for several years and it’s finally stopped working.

Older appliances, even small ones, are often made well enough that they could last for at least a couple of generations, especially if they were not used and abused. You might be partial that particular appliance because it brings back good memories and you don’t want to get rid of it unless absolutely necessary. Chances are, you can get it repaired even if it’s older.

The biggest thing you need to remember when you have a small appliance repair that needs to be made is that it’s important to call the right person. It all comes down to finding that repair technician that’s capable of knowing what needs to be done and then carrying it out.

That’s why it’s important that you start at a place like Appliance Doctor. Instead of getting the runaround, you get someone that knows what they’re doing and is happy to perform the repair as quickly as possible. If you want to know more about their services, visit their website at https://www.appliancedoctorx.com/.